Happy Fall Equinox, or Mabon!  Of course, our spherical planet also gives us the beautiful symmetry of the Spring Equinox (& Ostara) being celebrated now by our Southern Hemisphere friends.  The equinoctial moment, this year, is on September 22nd, at ~9 pm EDT.

Due to the geometrical arrangement of our Earth’s magnetic field compared to the solar wind from Sun, we become more vulnerable to the formation of cracks in our magnetic shield near the equinoxes – which can lead to some of the solar wind finding it’s way in, and producing auroras.  For both hemispheres, the odds of an aurora are thus more likely near the equinoxes.  Plus, because aurora happen from the poles, they are pretty much only visible from places where it is often cold.  With our seasons lagged behind our changes in sunlight (explained here and here), that means that for both hemispheres, the fall equinox is much warmer (making it easier to be out at night to watch auroras)! That, coupled with the growing darkness, is why Mabon is a good Sabbat to dedicate to Auroras! 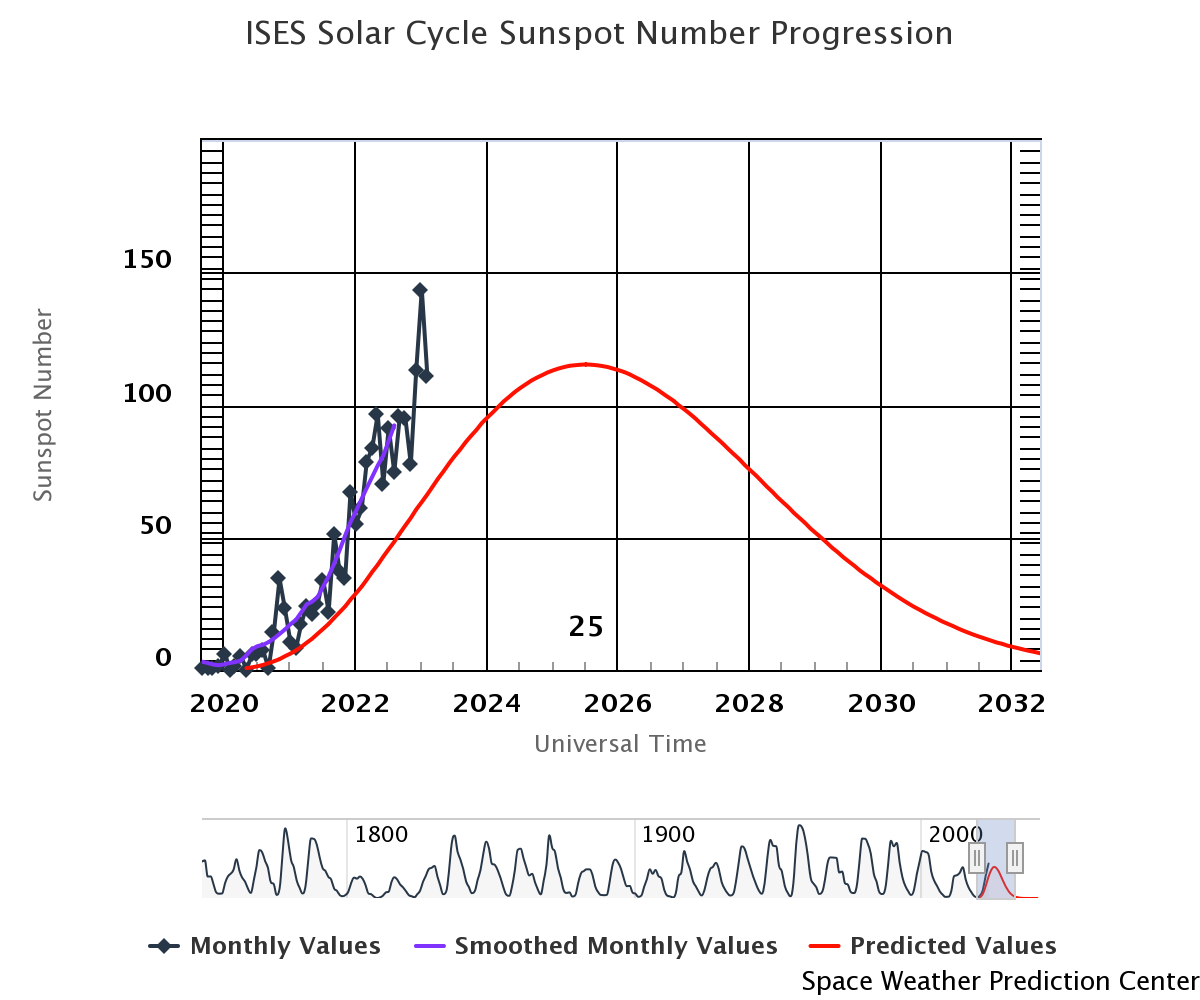 Though aurora’s aren’t horribly common, the solar cycle lends a little predictability them.  Auroras are more likely during heightened solar activity, and due to the Sun’s internal dynamics, the amount of solar activity is on a roughly 11 year cycle.  The graph above shows the most recent cycle, as well as where we are now.  The good news is that solar cycle #25 has started roaring to life a bit early, so auroras are coming up!  And it’s a fun coincidence that solar cycle 25 is going to reach it’s peak around 2025. Around Mabon especially, for the next several years, we have better than usual odds.  I’ve seen auroras several times – they’re incredible!  Whether you have seen them before or not, hopefully your chance is coming up soon!

Some of the ways many of us are celebrating were published a few weeks ago.  In addition to those, the night sky is rapidly becoming more accessible now with the growing darkness.  This growing darkness can be a reminder that this is a great time of year for campfires, and celestial events like auroras – especially with Solar Cycle #25 now starting up (see above)-  or a time to look more inward.  In whatever way you are celebrating, Happy Equinox!