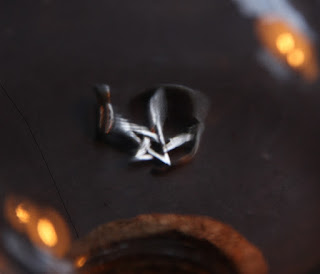 What do you do when others say they can see strange things, but you can’t? And how do you classify it?

When I invited people to suggest things for me to write about on A Bad Witch’s Blog, Fiona was the first to reply. She wrote:

“Seeing things that are not there. Or rather looking for things that someone can see but not you. Physical things that people are sure they have seen but are not apparent to anyone else. Not necessarily ghosts. Perhaps buildings or items or animals.

” When I was a chld , if I was in a bad mood, my mother would say “You’ve got the monkey on your back”. Probably a throwback to demons, but some people claim to see such things.

“What would this be classed as? (Probably covering various disciplines here).”

I think it’s a very interesting question and one I’ve thought about when scrying alongside other witches or teaching divination classes. When people look into a crystal ball, dark mirror or cauldron of water for answers to questions or clues about what the future might hold, the psychic impressions they get are personal. With that kind of psychic work, I’ve not yet found a way of completely experiencing what others are experiencing, even though we might be staring into the same cauldron of water. Afterwards everyone is likely to say they got different messages. Some will be adamant they saw nothing except what was physically there, some will report vague psychic impressions, some will say they saw movie-like scenes played out before their eyes. They’re all valid responses.

When Fiona put her question on my Facebook author page, Gaybrielle replied: “My belief is that we see whatever is meant for us. This past year I’ve lost that notion that people will think I’m crazy if I speak of my gifts, and that’s what it is, A gift, to hear, see, feel all the magick. I’m in tune now.”

That’s a good response. When I’m scrying with others I don’t question what they say they experienced. It doesn’t matter if they saw something that couldn’t be recorded with a camera or if the images were only in the mind. What’s important is that they found something in answer to their question. They can mull over the symbolism and significance and what that might mean to them personally. It’s their truth and only matters to them.

My attitude is different when people are trying to make money out of things they claim they’ve seen that others can’t. I very much object to fraudulent mediums taking advantage of the bereaved by claiming they can contact people or animals who have passed when all they are doing is cold reading. They aren’t seeing into the spirit realm, they’re making high-probability guesses and picking up on things like body language.

I’m definitely not saying all mediums are fraudulent or that no one can see ghosts. I’ve experienced what I believe is contact with spirits myself and it’s very common for someone who has lost a loved one to sense their continued presence. Again, I accept what they say. It’s their truth and I’m not going to try to strip that away from them. I regard people’s pesonal spiritual beliefs as their own business. I only get into debunker mode if someone’s trying to con other people.

Another scam is supposed psychics claiming they can see someone has a negative energy attached to them, or even a demon. The scammer then says they can get rid of the attachment at a price. Be very, very wary if anyone tries to get you to pay for this kind of service. If you’re worried you might have an unwanted “monkey on your back”, my advice is do some cleansing rituals. Put salt into your bathwater. Do a smoke cleansing of your home. Open the doors and windows then get a broom and visualise sweeping negative energy out. Tell the unwanted house guest to go. Those inexpensive techniques are probably all you need.